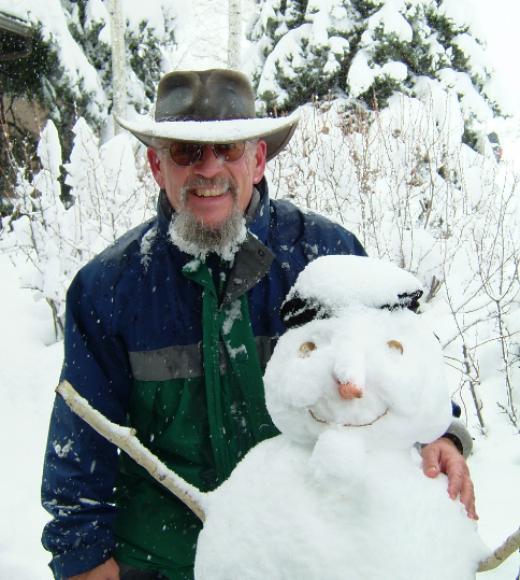 Tom Whitham grew up in a wholesale nursery that developed new varieties of trees and shrubs that were derived from mutants found in the field.  Growing up with trees and a fascination with insects greatly influenced his education and research interests.  He received his Ph.D. from the Univ. of Utah where he discovered that individual trees varied greatly in their genetics-based resistance to insects and mammals.  Throughout his career, he has explored how other species ranging from soil microbes to beavers and elk, climate change, and invasive species interact with plant genetics to affect the 1000s of species that depend on stream environments for their survival.  To explore these interactions, large scale restoration experiments were required.  This led to National Science Foundation funded collaborations with other researchers and conservation agencies such as the Bureau of Reclamation and Arizona Game & Fish Department in which experimental forests were planted from Arizona to Alberta, Canada as part of habitat restoration and research.  Findings from these forests have played an important role in developing genetics solutions to help mitigate the impacts of climate change, invasive species and other challenges that southwestern streams are especially susceptible to.  These approaches are highlighted in the award winning PBS documentary film “A Thousand Invisible Cords: Connecting Genes to Ecosystems.” A free full length HD version of the film can be streamed for educational use at this url: https://vimeo.com/40615050.  For this research he received the Eminent Ecologist Award from the Ecological Society of America, and the Frances B. McAllister Award for Conservation and Education.

Documents
Conserving Riparian Habitat and Biodiversity in a Changing Environment: A Genetics Approach